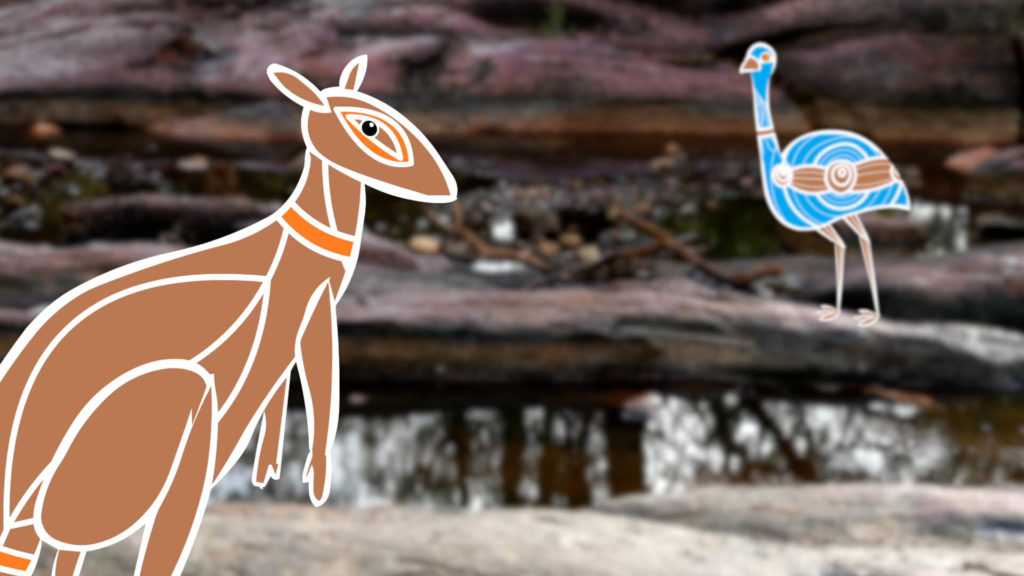 Yongu the Kangaroo and Watch the Emu in the animated story ‘The Great Race’ from the Fireteller created anthology ‘Wadjuk Dreaming’.

The WA Day Festival at Burswood Park on June 6th and 7th was a celebration of the amazing state of Western Australia. Close to 160,000 people attended the event that showcased Western Australia’s culture across a myriad of industries. Fireteller were commissioned to create a film exhibit that told a selection of animated Wadjuk Nyoongar dreaming stories.

The film showcased four dreamtime stories that were aimed at children of all walks of life. Fireteller collaborated with Lux Events and Rose Walley to bring the four stories to life. Fireteller had previously worked with Lux, Rose and the Wadjuk Nyoongar elders to create the Perth water screen spectacle ‘Shining The Light’.

The stories were written by Rose’s late mother Aunty Theresa Walley, a Nyoongar Elder, with animal designs by Nyoongar artist Biara Martin. The stories are narrated by Danny Ford. Shortly after the screening of Wadjuk Dreaming, Aunty Theresa passed away. The film stands as a legacy to her storytelling, family and culture. Lux Events has since had the honour to screen the film again at the WA State Library as well as at schools around Western Australia.

Fireteller worked in-house and with a team of digital animators to turn Martin’s designs into fully traditionally animated characters. The Great Race tells of the race between Waich (emu) and Yongu (kangaroo). Red Robin and Blue Wren explains how the two birds got their bright colours. Boodalang and Miliyang tells of the feud between pelican and heron over a bounty of fish. Coolbardie the Magpie tells of two magpies who must protect their eggs from kaarda the sneaky goanna. Along with the film, children were given information sheets and asked to identify the different animals they could spot in the films. They also had a mission to try and spot karma the goanna in every film who could be found hiding and sneaking around in various places. The exhibit gave kids an interactive and informative approach to learning about traditional Aboriginal culture.

Fireteller were also commissioned to create a promo of the WA Day event which you can view below. You will see the Wadjuk Dreaming tent and the elongated screen that was designed for the film. Fireteller are always looking to collaborate with local Western Australian businesses and cultural groups to celebrate the diversity of our country. Working with the Wadjuk Nyoongar people on a number of projects has been an honour and a privilege. 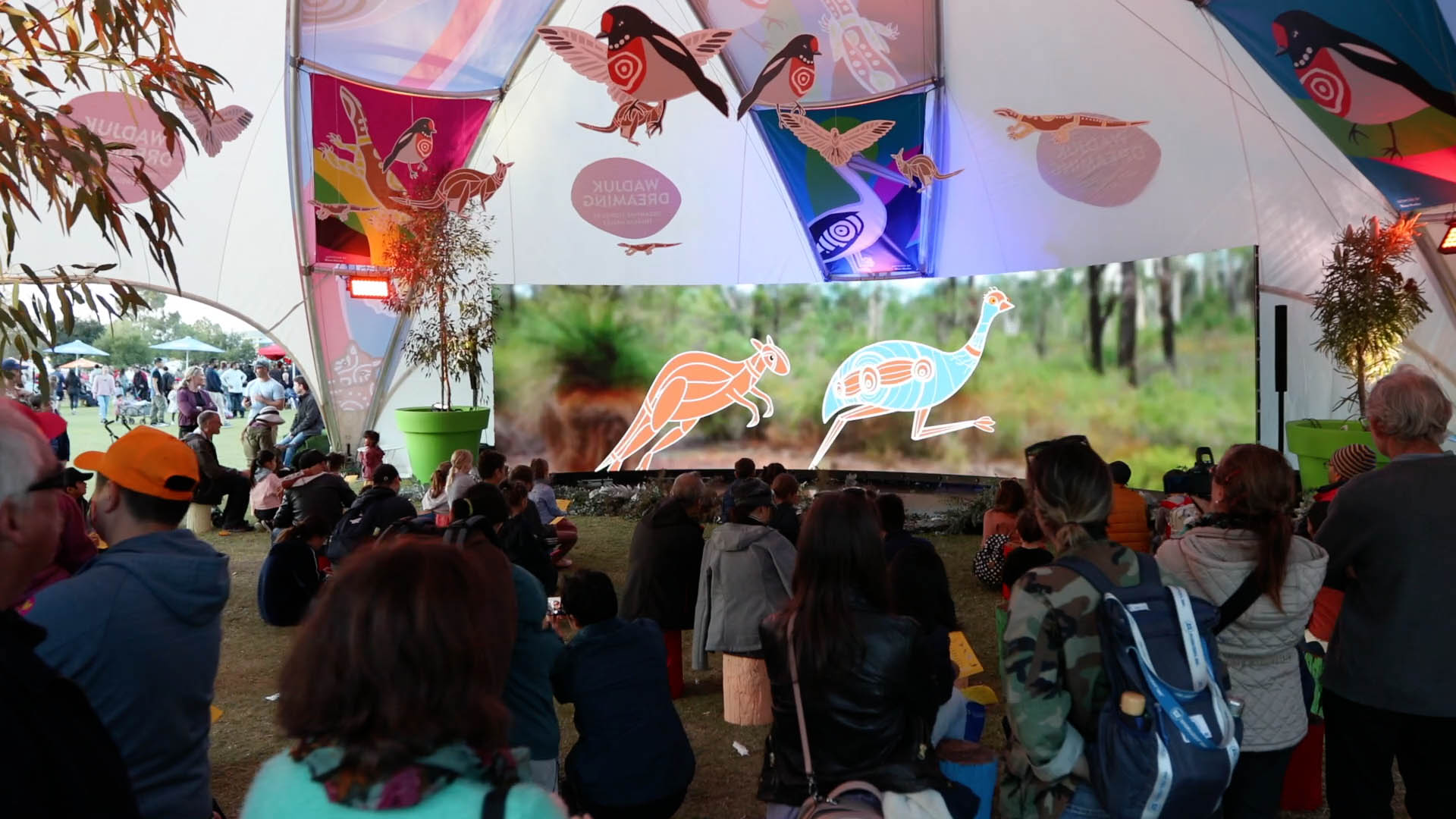 Kids sit under the tent to enjoy the screening of Wadjuk Dreaming.

You can watch the full film of Wadjuk Dreaming here. Please be advised that permission needs to be granted to screen the film anywhere, including schools. We are only happy to help so please get in contact.

Check out the promo video Fireteller made for the WA Day event. This video showcases the huge array of exhibits and vendors that made the day a success. You can see a snippet of our Wadjuk Dreaming exhibit within the video. 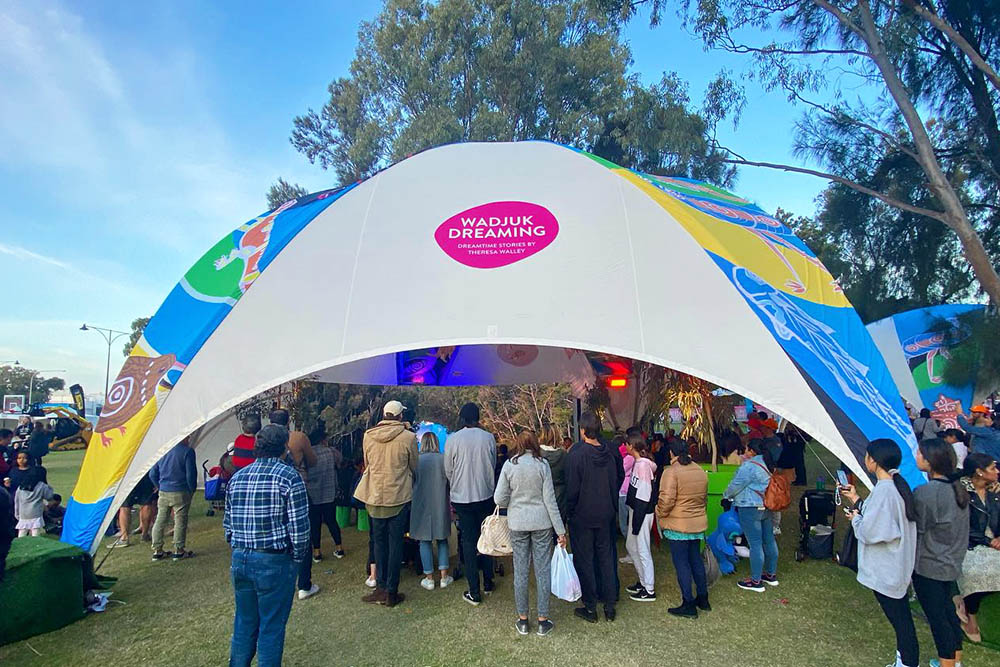 Spectators under the Wadjuk Dreaming tent at WA Day 2021.

Another of Fireteller’s many pre-viz animations before the skin design was added.

One of Fireteller’s many pre-viz animations before Biara Martin’s designs were incorporated onto each animation. 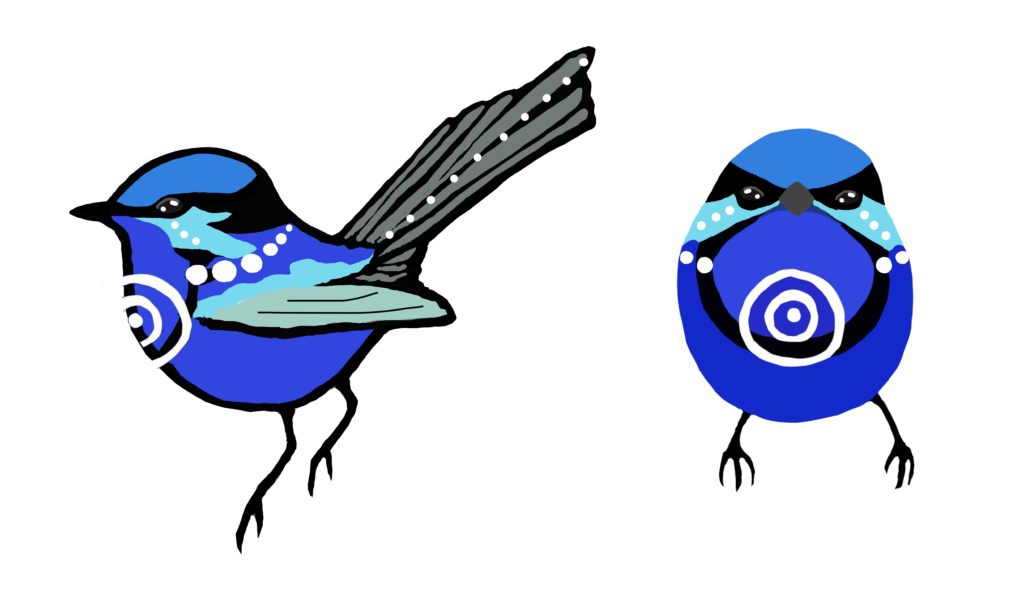 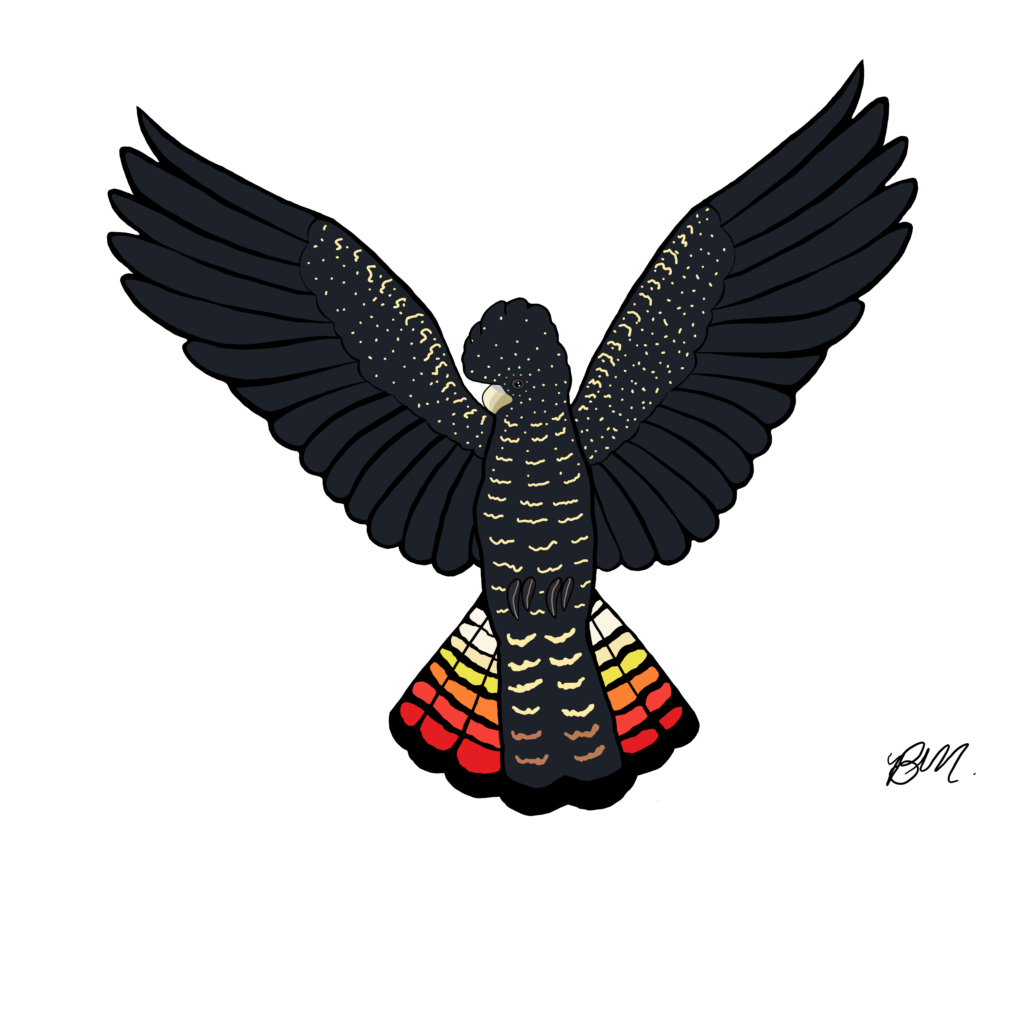 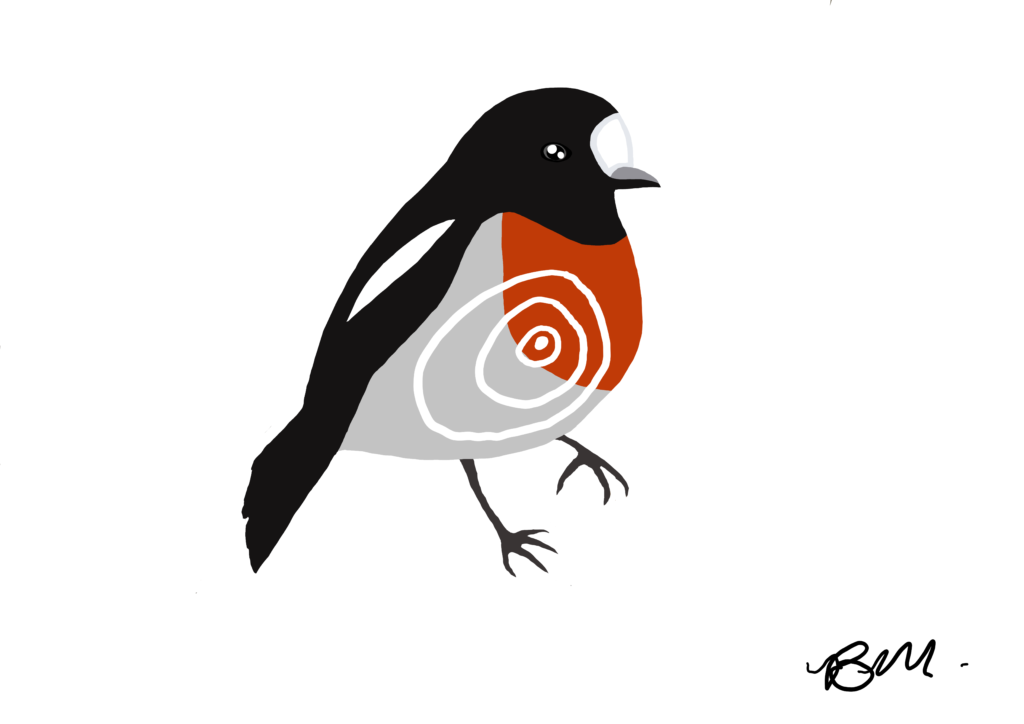 Yongu the Kangaroo and Watch the Emu in the animated story ‘The Great Race’ from the Fireteller created anthology ‘Wadjuk Dreaming’.